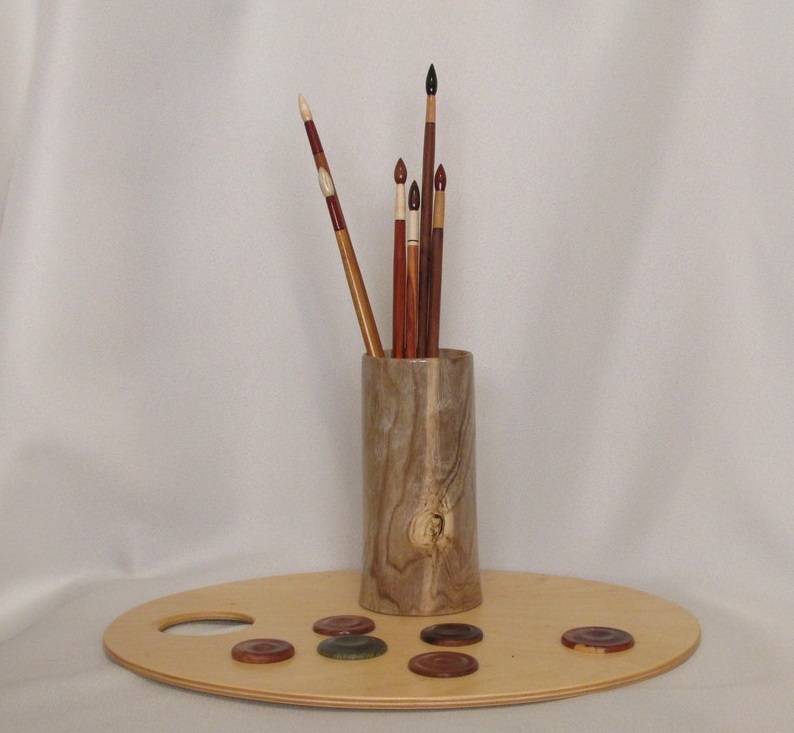 Directions:  From the intersection of AR62B and AR5N in Mountain Home, turn onto AR5N and travel 6.2 miles to Midway.  Turn left onto AR178W.  Travel 4 miles and turn right onto Eastgate Dr., just past the Welcome to Lakeview sign.  Look for Art Odyssey sign. Turn left immediately into the driveway.  The studio is the separate building in front of the house.

“It seems to me that I have worked with wood almost forever,” says wood turner and carver Ron Ufkes. As a young boy, he can remember cutting firewood using a crosscut saw with his father. Later, while building furniture for his own family, he used a lathe to make some table legs.

While his passion and inspiration for his craft come primarily from the wood itself, he also likes his toys. “Like everyone else, the wood turner needs lots of 'toys' to make it fun,” he says.

After high school, he joined the Army, then married his wife Jan. Upon graduating from the University of Illinois, he became a National Park Ranger.  Following that he worked for the San Bernadino County Sheriff's Office in California for 20 years, and then retired to work for another 10 years in the defense industry.  Ron and Jan raised four children, and have ten grandchildren and four great-grandchildren.  They retired to Arkansas in 1997, and he can usually be found in his shop (which is a real mess) working on the lathe.

His work may be purchased from his website, www.woodartbybyron.com. He also has items at the Arkansas Craft Gallery in Mountain View, and the Butler Center Galleries of the Central Arkansas Library System, which is in the River Market District of downtown Little Rock.